Posted on January 28, 2012 by stuffitellmysister

I remember growing up as a child, having no worries at all about getting through college, passing accounting, making a living, paying bills, or taking care of my wife.  There were no responsibilities, and life was great!  Of course, at the time, I didn’t realize life was great.  Emergencies consisted of scraped knees, tragedies consisted of my pet fish dying or pet lizard running away, and broken hearts occurred when that favorite toy would break.

When I was eight years old, my best friend pulled the draw-bridge on my Lego castle, and the whole castle ended up falling apart.  I had spent countless hours putting that castle together, and was absolutely devastated.  I remember yelling at him, my mother running in to see what was wrong, and then trying to calm me down.  I sat for hours just staring at the broken castle, while my best friend sat in the next room feeling horrible, knowing there was nothing he could do, because I wouldn’t even listen to him.  Let alone let him try to fix the castle.  I never wanted to talk to him again.  Little did I know, he was devastated too.

He didn’t mean to break the castle.  He wanted to help fix it, I just wouldn’t let him.  He thought he had lost his best friend.  And there he sat, bored out of his mind, waiting for his mother to come pick him up.  When his mother arrived, my mother calmly explained to her what had happened, and why we weren’t speaking.  They then left our house, while I still sat, watching the broken castle, as if it would fix itself.

After they were gone, I remember my mother coming over to sit by me, still trying to reason with my furious eight year old temper, but to no prevail.  That night I went to bed angry, not only at my best friend, but at the world!

The next day, I got up and headed straight for the kitchen table, where my castle was still waiting.  I studied it closely, and soon realized that it was fixable.  What?  The same castle I thought was a goner the day  before was now fixable?  Why yes,it would take some time, but it could happen.  You see, although it was mangled and broken, all of  the pieces of the castle were still there.  It was just a matter of putting them back together.  The day before, I acted on emotion, and was infuriated at my best friend, the castle, my mother, my father, my best friend’s mother, and anyone else or thing that I came in contact with.  The next day, I acted on logic, and simply fixed the stinking castle.

Broken relationships are like that castle, the pieces are there, you just have to be willing to put them back together.  It does take effort, but it’s totally worth it!  If there is anyone out there who I have a broken castle with, know that I am sorry, and I would love the opportunity to re-build that castle.

And if you have a castle to mend, then what are you waiting on? 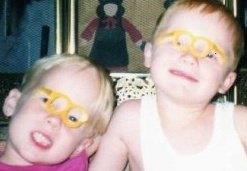 (Our guest blogger today is G. Malachi Blaxton, our youngest son.  He wrote this a while back and I thought I would share it.  What a great message, Chi ~ thanks!)

This entry was posted in Uncategorized. Bookmark the permalink.