The Good, The Bad and The Ugly ~ Breaking Family Traditions

Posted on March 9, 2012 by stuffitellmysister 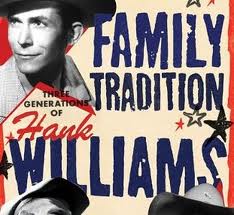 This evening I was cleaning up the kitchen after dinner. I folded a piece of foil that hadn’t been used and tucked it back into the “foil and baggies” drawer. I thought to myself, “Now, why didn’t you simply throw that away?”  And then I quickly answered that question, “Because Mom taught me to be frugal and I will probably use it tomorrow.”  I looked at my now clean kitchen, with most everything in its place, and thought how it was this way because this was the way Mom did it.

Several years ago when the boys were still at home, my niece, Shelby, was staying at our house.  We were all gathered in the kitchen and I was baking something and cracking eggs to go into the recipe.  As I cracked each egg, I would place the eggshell back into the egg carton before  moving on to the next egg.  I then heard the following conversation between the kids, which at the time, really made me giggle.  Shelby ~ “Oh my gosh, your mom does the same thing with the eggshells that my mom does!”  The boys ~ “Yep, she’s always done that”.  Then to me, “Why do you do that?!” and my answer?  “Mom always did this.  She would save the eggshells and use them as fertilizer in plants and in the garden.” ( Of course the really funny thing was that we didn’t have a garden at that time or any live plants!!!)

Another favorite story that I read once to my family was about the Easter ham a lady made for her family each year.  This one particular year, as she prepared the ham, her mom AND children were all present.  She took her ham, cut one end off, as she always did and placed it in the pan.  One of her daughters asked her, “Mom, why do you always cut the end of the ham off before you bake it?” She said something to the effect of it allowing extra flavor in, etc, plus it’s just what her mom has always done.  The grandmother, still in the kitchen, looked at them all and then replied, “I cut the end of the ham off so it would fit in the pan.”

Where am I going with this?  I don’t know.  Maybe I want to make sure that you know that tradition can be good. But it can also be silly, wrong or even evil.  I also believe each generation should begin their own new traditions while preserving some of  those they’ve cherished from growing up.  Sometimes traditions are used as a control or guilt factor.  Be careful not to allow yourself to be drawn into that game.

One last little story.  I know a man who grew up the youngest in a household.  His family moved often, they didn’t have a lot of money because any extra that came in went to “the church” or to pay the church budget.  This and many other struggles created constant pressure, unhappiness and even fear, in their home.  When the dad was stressed to the max, if the younger boys were around, it was taken out on them.  They were punished for his bad day. He would have these boys take off their shoes and kick the wall with their little bare feet until their toes would bleed and then, kick it some more.  Their mom would beg him to stop, but he didn’t, and she was too fearful of him to stop it herself.  This would happen over and over.

This young boy is grown now. His dad has been gone for many years. He hasn’t forgotten this abuse in his life.  But when his first child was born, he made a conscious decision that this would NOT be a tradition or act carried on in his household.  It had to stop and it would stop with him.

Carry on the good traditions people, but put a stop to the wrong.  Don’t live a lie.  Ask for help.  Step up.  Speak up.  The bad can stop with you.

2 Responses to The Good, The Bad and The Ugly ~ Breaking Family Traditions