Posted on April 20, 2012 by stuffitellmysister 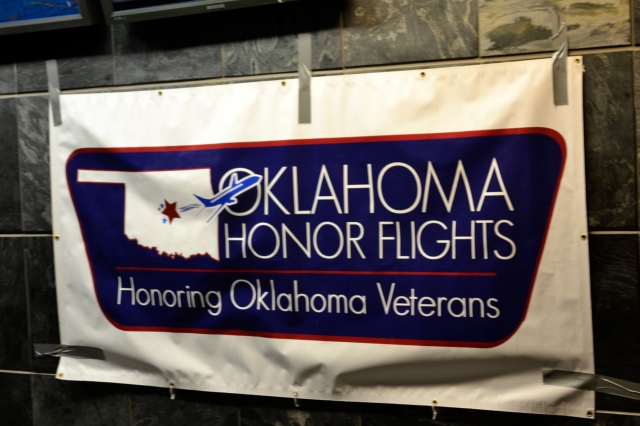 “We can’t all be Heroes.  Some of us have to stand on the curb and clap as they go by.”  Will Rogers ~ My hubby and I  had the honor, along with hundreds of others, to be in the “Welcome Home” crowd for a group Oklahoma WW II Veterans on Thursday evening.  All were gathered in the terminal at the Tulsa Airport. 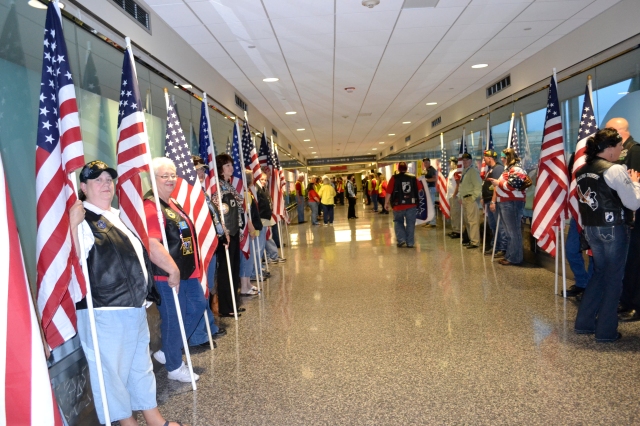 Oklahoma Honor Flights is a non-profit group whose mission is “Honoring Oklahoma Veterans”.  Their actual mission statement is: “Transport Oklahoma Veterans to Washington D.C. to visit those memorials dedicated to honor their service and sacrifices.”

The Veterans and volunteers had met that morning at 4:30, boarded their chartered plane to Washington D.C., and now here we were waiting at 9:30 that evening for their return.  How exhausted they had to be.  But this was a trip of a lifetime.  There would be no complaining ~ 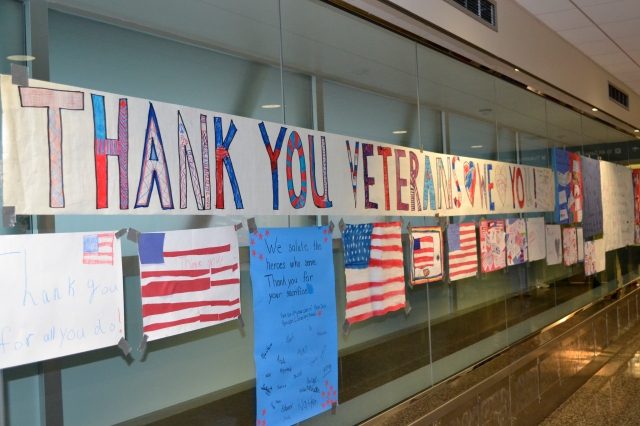 We met some dedicated and loving people at the airport that evening.  The daughter of Richard Biedermann, Navy, Lt., explained that her father had helped organize the committee for the Tulsa flights to begin.  He was 88 years old and was able to raise over $16,000 in just four weeks.  Sadly, He was never able to make the flight, so in memory of him, his brother Len Biedermann, was on this trip.

There were dozens of Patriot Guards and Oklahoma Honor Flight’s Ground Crew. Even a band from a local Tulsa homeschool group, entertained with patriotic tunes.  Mary stood next to us.  Her sweet mother was in a wheelchair and was there to welcome her husband of 63 years home from this flight.  She clutched her flag in her hands and waited.

The feeling in the airport was festive.  Young and old gathered together, flags waving, music playing, all to welcome home our heroes. The lines on each side of the wall grew longer by the minute,  extending from the gate to the airport’s front entrance.  When the announcement was made that the plane had landed, the crowd exploded into cheers.  And then finally, after a lengthy wait, the parade began.  One by one.  Each escorted by a volunteer.  I was so excited to take pictures!  But then I saw the first Veteran’s face, so surprised with the homecoming, tears streaming down his face….my hand was reaching out to touch his.  He needed to know how much I appreciated his service to our country. As he squeezed my hand, there was so much I wanted to tell him.   And then the next, and the next Veteran…..then my brain said “PICTURES!”  So I did take many photos,  I didn’t even realize that tears were streaming down my face too, until my blurry camera lens showed evidence. The emotion was overwhelming.  So these pics are for you, friends.  And they are for me.  Please know that they are from my heart.  But the imperfections are present because, well ~I had heroes to greet.  Over One Hundred ~ 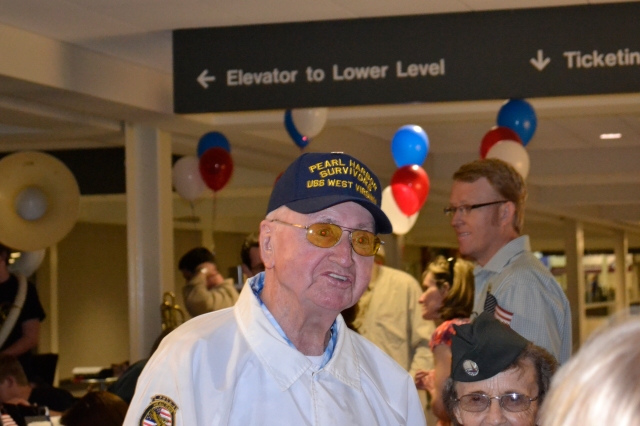 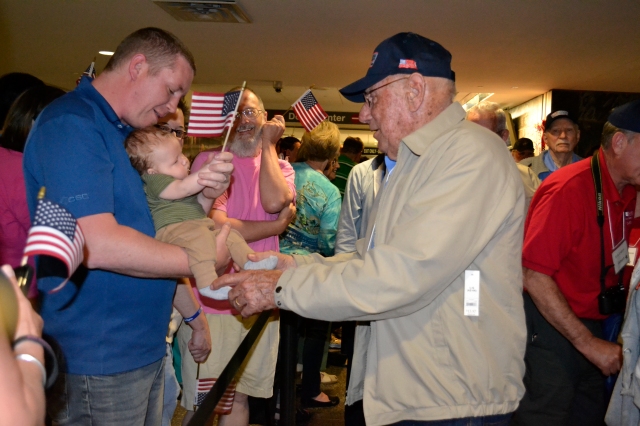 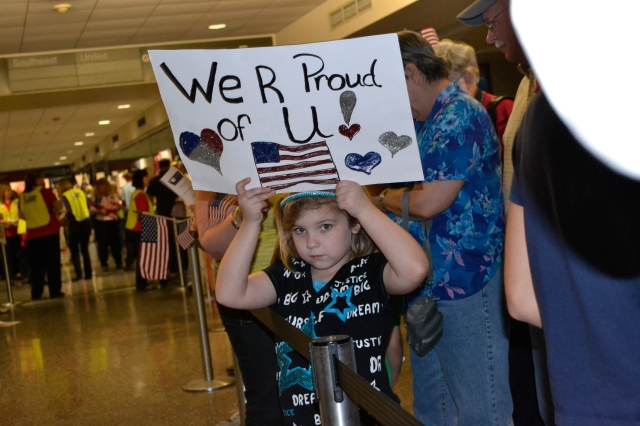 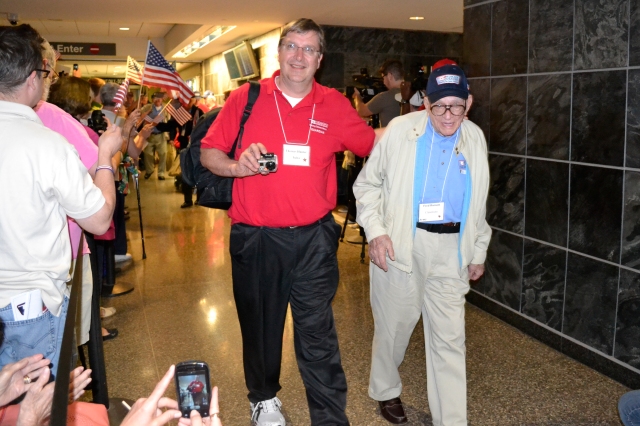 A special thankyou to ALL Veterans for your service and sacrifice.  And to www.OklahomaHonorFlights.org .  My words cannot begin to express the gratitude in my heart ♥