Believing ~ For a Little While Longer

Posted on December 14, 2013 by stuffitellmysister 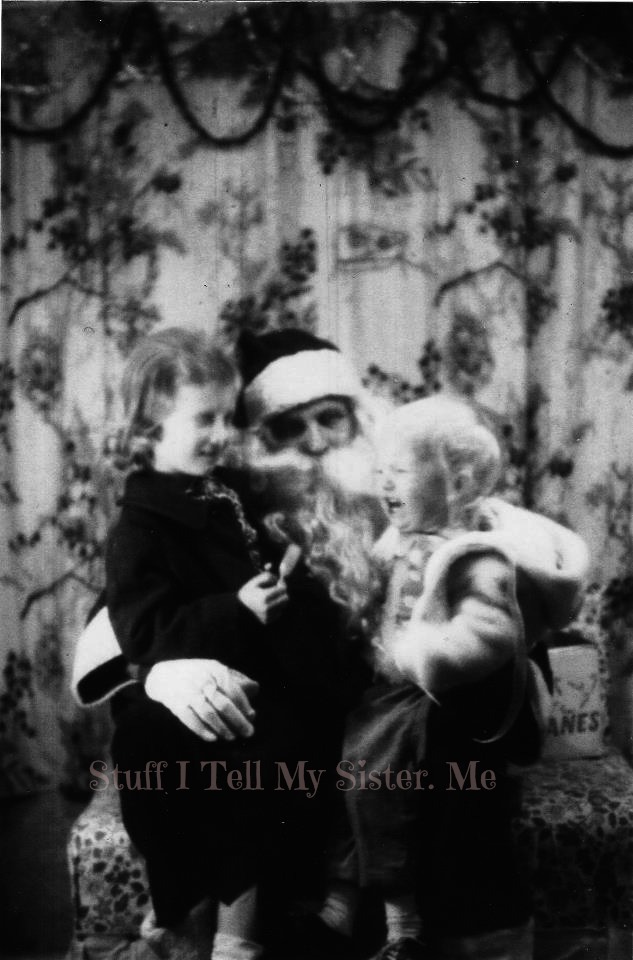 This week I have been thinking of our Christmas season and how glorious it would be to be able to view it once again through the eyes of a child. A child that still believes that a kiss will make a boo boo better, that snow is magical, and that mama and/or daddy can make every thing okay again.

Visiting with some friends this week about Santa, they each had different opinions on what to tell their kids, based on their different upbringings. One thought they needed to know from the git-go how life is…and that a creepy fat man in a red suit cannot be real. His spouse wanted traditions and magic. Another friend said his parents claimed as long as he believed, it was true.   Smart!

Myself?  I grew up staying up late on Christmas Eve with big sister, trying to “catch” Santa.  I still recall hearing the jingle bells and the reindeer clomping around on the roof. We left out cookies and milk, and wondered how Santa would manage to get in with no fireplace. Christmas morning was absolutely magical in our eyes.  My parents never told me any different…so maybe that’s why I believe in miracles, even today.

Our youngest son was a different story.  When he was only four or so, he went to Sunday School where some blessed kid decided to ruin it for the entire class.  He approached me after class declaring what he’d been told,  and then demanded the answer.  I have always been brutally honest with my boys….so I answered his question.  His next words I will never forget.  You lied to me.  How could you lie to me. Ummm…..but all the parents are doing it, son?  Really.  What could I say?  He then went on to cover the Easter Bunny, the tooth fairy, Barney, and the Watergate scandal.

Santa continued to come, but with a different understanding, after that year.  Regrets?  Only that I didn’t smack the little kid who ruined it for my babies.

Kids don’t get to be kids for any length of time these days.  So when I witness that innocence, I pause.  I ponder.  I for one am glad my parents let me hold that secret forever.

At the grocery store this week, I came around the corner to the produce section, purse on my shoulder.  A little girl, along with her mom’s purse, were sitting in a cart in front of the strawberries.  Her mom instructed her not to let anyone get her purse.  As I made eye contact with the little one, she turned to her mom and said, “It’s okay, Mom, everyone already has a purse.  Except for the boys, and they would be silly to want a purse.”  Let her believe for a little while longer.

♥Remember to be nice to others. Everyday. You never know what they may be dealing with in their lives. ♥  Sending out December hugs! 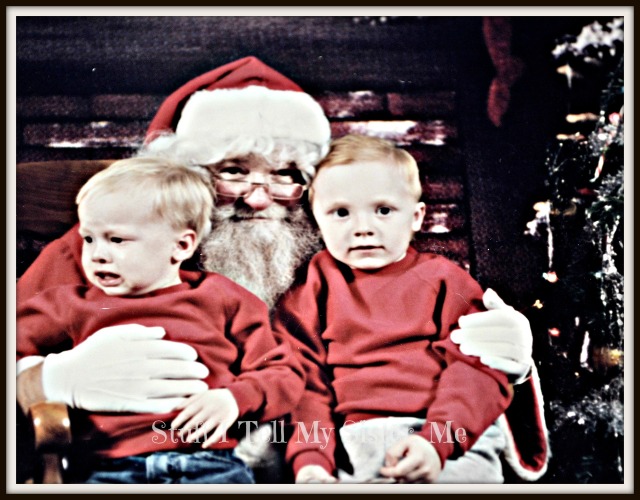 P.S. And to end this little post on a real giggle….. My husband approached a little one in his store this week.  Sitting in the buggy, he leaned down and asked, “And how are you doing today?” To which she answered, “I NEED TO GO POOP”.  Nuff said.

This entry was posted in Christmas, Family, Friends, ponderings, Reflections, Relationships, Uncategorized and tagged a child's innocence, Believing in Santa, I need to poop, I still believe, let them believe, Lies we tell our children, miracles, Purses, Santa, Santa lies, What to tell your children about Santa. Bookmark the permalink.

48 Responses to Believing ~ For a Little While Longer