Posted on May 16, 2012 by stuffitellmysister

This is where it all began, forty-something years ago, in Duncan, Oklahoma.  While the sign now reads Cedar Grill, it used to be the little corner candy store. “Brooks” to be exact.  I discovered three of my life long passions at five years old, while living in this town.  1. I liked money 2. Garage Sales, and 3.  Candy.  It was at this time also, when my big sister became a negotiator…and for ME.  You always want her on YOUR side, I discovered early. No wonder she is such an awesome realtor today!  You see, my dad said the time had come for us to begin getting allowances.  I didn’t know what that was, but Renae quickly explained.  MONEY.  Then my dad said he would give me quarter a week.  To which Renae replied, “No, Paula, that’s not enough!” (She also explained to me about this same time that I shouldn’t like liverworst….that it was gross.)  She was able to get me .40 a week!  She got more because she was older (!), but I was thrilled with my quarter, dime and nickel.  I could buy so much candy at Brook’s Store with my allowance.  I also made some pretty nifty garage sale purchases! (I learned that blond-haired, blue-eyed little girls could smile and be polite and get more “stuff”)

So when Renae and I discovered a very unique store in downtown Branson, Missouri, a few weeks ago,  there was no doubt that we were sisters.  First we spotted the old screen door entry to the store.  Then we stepped inside and we were taken back to Brooks Store in Duncan.  We were two kids in a candy store.  And we did some damage! 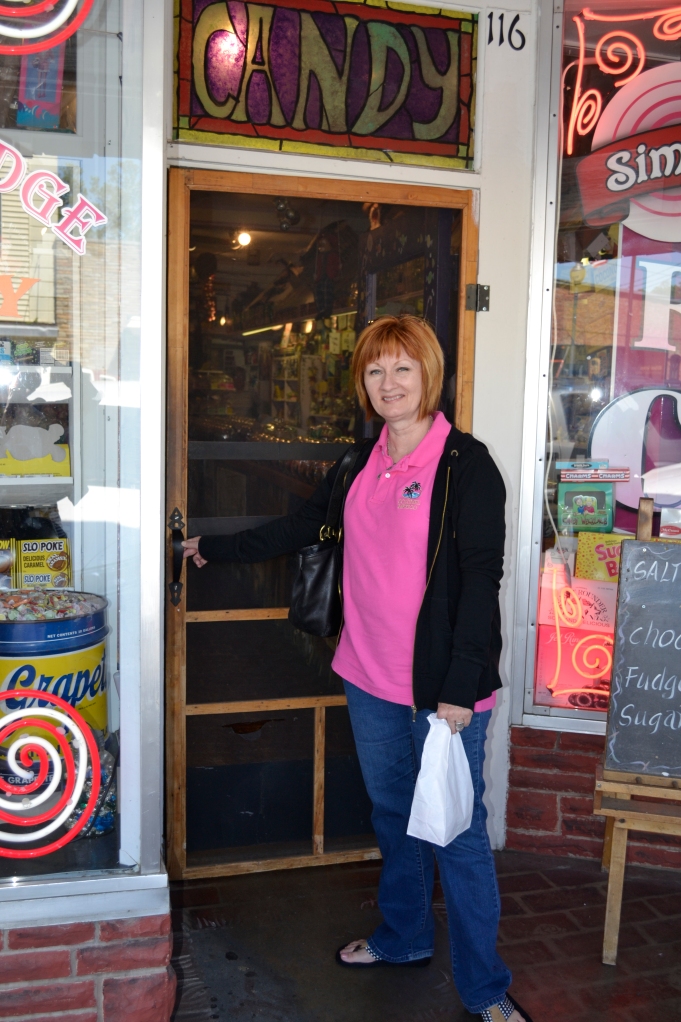 No, this is not candy.  But what a great display of old fishing lures in this place! 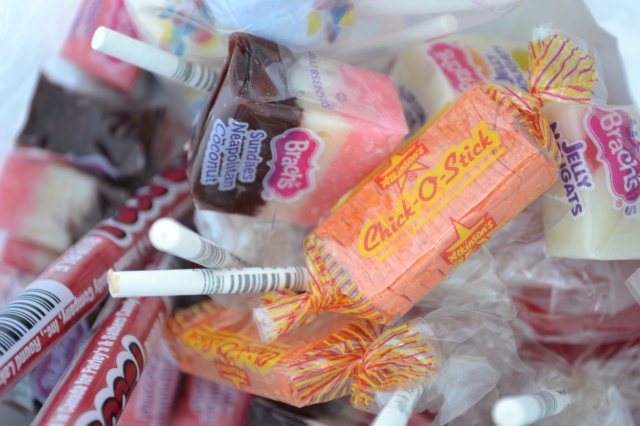 A peak inside my candy sack ~ I LOVE Brach’s Neapolitan Coconut! 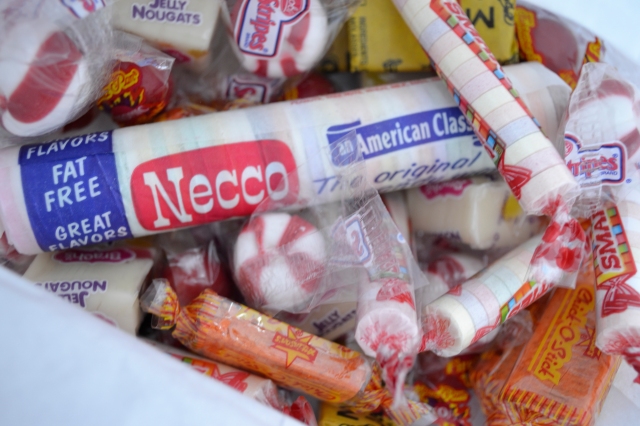 So now it is time for a smoke break after all that candy shopping! 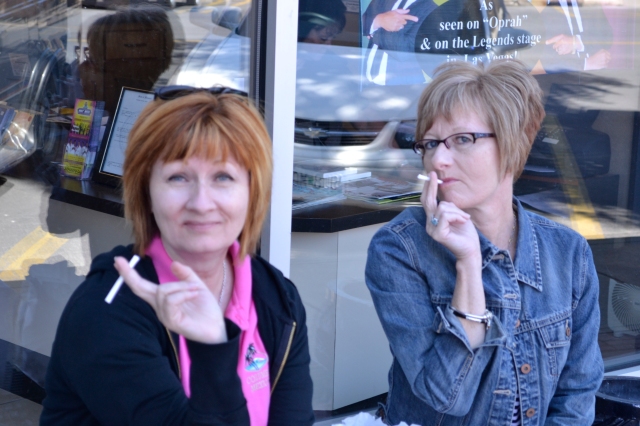 Oh….I think at this point I had already eaten the end off of mine~ Candy cigs, of course! 😉

Isn’t it interesting how a store full of candy can bring back so many memories?  Like penny candy and summertime and how I would eat all of mine immediately and Renae would save hers.  Sweaty palms and tents made over the clothes-line, digging to China and catching horned toads.  Playing with earth worms and chasing our pet Duck-Duck.  Riding  bikes through puddles after a good rain and looking for that pot of gold at the end of the rainbow. We always made sure to be in just in time for Gunsmoke.  Ya just can’t make this stuff up ~

HaPPy Wednesday to ALL!  Remember to be kind to people♥

(So go ahead….share the memory this brought to mind for you ~)

26 Responses to Like a Kid in a Candy Store ~